Today the sweet, most amazing father of my children turns 34, and for the first time in eight years I absolutely did it up for his birthday. I shopped well and in advance, not allowing the birthday of Charlotte to overshadow his, as it has every year since she died. So this morning, in the warm, May sunshine that seemed brighter somehow, we sat on the porch and he opened his new snorkeling gear, a lovely, shiny new banjo, and other assorted trinkets that brought a smile to his face. And mine. And everyone's.
As we walked along the Mill River path with a newly-carved stone to place at "Charlotte's Stone" (Greg re-etched it to deepen the engraving for her birthday, and added the kids names to the side) I thought the thing that I think every single year, when the anniversary of the aftermath comes.
I never would have believed I could get to this. I never could have believed I would be this happy.
Liam was tearing along the path on his new, big bicycle. Aoife, who had skinned her knee as we prepared to leave the house, was dressed in a beautiful, long blue smocked dress and riding in the Ergo on Greg's back. Fiona Clementine was curled up in the Moby on my chest, her blue eyes peeking out the side, sleepy and content. The river lazed past us, smooth as glass.
Was this a picture of the happy family, even though the pack on my back held the weight of the stone that we would return to its spot beneath the tall pine tree, memorializing our dead daughter?
Yes, this was the picture of a happy family. Because the most amazing and biggest miracle of all of this is that somehow, the sadness that we carry, the weight of that stone on my back, doesn't subtract from the happiness that I have now. It is huge, and it's heavy, and it is a burden to carry. But I still have this huge love, and this huge happiness, and that's real.
And if you told me, seven years ago, that I was capable of that, it's possible you might have been able to make me laugh. Not likely. But possible. Because I would never have believed you.

Do you know what it's like, when you spend several hours at a night club, or party, and you come home and the silence of your home makes your ears pound? There's this pulse that you hear, a ringing, and it's the emptiness, the nothing that you hear. And your throat hurts when you talk. And you've stayed up too late, so your body is weak.
This is my memory of what that was like, what it was like right now, then. My ears pounded. My body ached. My milk had come in, and I kept ice on them. I was cold.

A woman I didn't know made a huge salmon dinner for our family on this day. She was a friend of my sister's from college, and she lived in town. Salmon and rice and some vegetable, and we heated it up and ate it for Greg's birthday dinner. Because Charlotte was late, and I wasn't thinking, I hadn't bought much for him. Just a pair of rubber boots and a plaid button down summer cotton shirt. I presented these, my head hung. Our families sat around the long table in our sun-lit dining room and we ate the salmon dinner, as he opened these gifts, and some cards. My sister in law gave me a beautiful card, which I still sometimes read. My sister made Greg a cake, but I told them they couldn't sing. There was obviously nothing to sing about.

My ears rung, and my body shook with grief. My face was wet, always. My heart was shattered, and it barely functioned. Each breath was a ragged, half-assed attempt to maintain my own life, about which I could hardly have cared.

Pain had become all-encompassing, and I had closed myself in. This would last for a long, long time.
Posted by Charlotte's Mama at 6:37 PM

"Because the most amazing and biggest miracle of all of this is that somehow, the sadness that we carry, . . . doesn't subtract from the happiness that I have now. "
I have found this too. I don't understand it, but I am grateful that it is true.

I never believed I could be this happy either. I hope there is more happiness in my future. The sort of happiness that is in your life right now.
Happy birthday, Greg. What a great dad you are to your four kids.

You all deserve to feel this wonderful happiness, and it is okay and it is appropriate, and it is good for your children and you and ytour husband. So glad to hear it, happy birthday to him.

Happy belated birthday, Greg. Sounds like a good day. I had tears in my eyes at the end of this post, thinking of you all having that sad birthday dinner and remembering my own birthday three days after Sierra's birth last summer. (We went to a restaurant and I have no idea what I had for dinner; I think I brought most of it home uneaten. I do remember us all sharing a banana split.) But this gives me hope that my birthday won't always be so overshadowed, either.

carol, i started my own blog to share my deepest and darkest feelings... i wonder where it will take me and where i will go. i miss my baby very much and wish that she were here sharing this crazy family life, with josephine as the oldest girl and mami and daddy looking to love, love, love with all their hearts. i don't know when that day will come, but i do know that your blog has provided me with the freedom to cry as my soul demands. THANK YOU!

"Because the most amazing and biggest miracle of all of this is that somehow, the sadness that we carry, the weight of that stone on my back, doesn't subtract from the happiness that I have now. It is huge, and it's heavy, and it is a burden to carry. But I still have this huge love, and this huge happiness, and that's real."

These words.....I'm getting there....or more I will get there some day. I so love my family and what I have. But I miss him so much. Thank you for sharing. Very well said.
xo 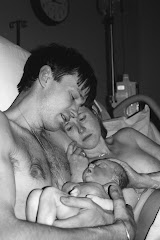 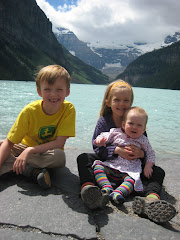 Charlotte's Mama
After losing my first daughter and rediscovering joy with my four living children, I try to eke as much happiness as possible out of all the beauty that surrounds me. You've got it too, the beauty. Find it.